According to Beauty Redefined, “Images of white women dominate all media – especially roles or depictions featuring “beautiful” or desirable women, not funny sidekicks, the chunky best friend, the hired help or other stereotypes.” END_OF_DOCUMENT_TOKEN_TO_BE_REPLACED

#WhatSheNeeds explores the transition from high school to college. As Jasmine Hosley explained, you go from being “a high schooler dependent on your mama, to a college student still kind of dependent on your mama”. While high school is meant to prepare students for the academic rigors of college, a lot of freshman still struggle their first semester. Here’s what our young women had to say about their freshman transition. END_OF_DOCUMENT_TOKEN_TO_BE_REPLACED

#WhatSheNeeds continues with our first topic…Parental Support! For all of our interviewees, parents have been incredible supports during the college experience. But sometimes, things got a little sticky. Parents always wants what is best for their children, but sometimes this causes tension for college students. As summer is quickly passing, all you parents are getting ready to send your daughters off to college–some for the first time! We want you to know how to best support your daughters in their academic career! Here is some advice from our lovely college women… END_OF_DOCUMENT_TOKEN_TO_BE_REPLACED

#WhatSheNeedsIs will provide insights into the experiences of black women in college. Although they are topping the charts in college enrollment, black women are not necessarily seeing the results of their hard work post graduation. We want to know why! From the freshman transition to the affects of social media, these women have a lot to say! Through #WhatSheNeedsIs, we hope to learn a little more about what she needs to succeed–what did their institutions have and what were they lacking? END_OF_DOCUMENT_TOKEN_TO_BE_REPLACED

Recently, Kelly Fair and Polished Pebbles Girls Mentoring Program have been pushing college mentoring. This isn’t only because we are developing our College Edition mentoring program, it is important! The media is filled with mixed messages about African-American women, especially college students. END_OF_DOCUMENT_TOKEN_TO_BE_REPLACED

Recently on HBCU Nation, Kelly Fair shared her views on collegiate mentoring–why we need it and how we can benefit from it. Click here to give it a listen! Tell us what you think of collegiate mentoring for African-American women? What type of support would you have wanted during your college experience? END_OF_DOCUMENT_TOKEN_TO_BE_REPLACED

Last week we shared with you Cynthia Boykin of What U Need Is… Today we want everyone to know about Cameka Smith of BOSS Network. Cameka Smith is the founder of BOSS Network, “Bringing Out Successful Sisters”. With a Master’s in Education, … END_OF_DOCUMENT_TOKEN_TO_BE_REPLACED

At KellyFairtheMentor.com, we had the opportunity to interview two beautiful, influential women–Cameka Smith of BOSS Network and Cynthia Boykin of What You Need Is… We are happy to share with you a combined presentation of their insights and inspirations for mentoring and strengthening community! END_OF_DOCUMENT_TOKEN_TO_BE_REPLACED 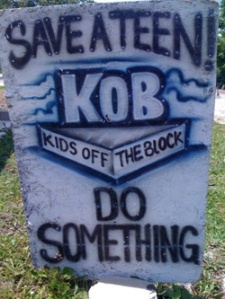 My mentoring responsibilities aren’t limited just to working with the school age -girls and female college students in Polished Pebbles.  I also find a tremendous about of satisfaction mentoring college/graduate interns as well.  I’m proud to share this blog post that was written by one of our summer interns Tamara Meyerhoff.  Tamara is a senior at St. Olaf College in Northfield, Minnesota. She is majoring in Social Work with a concentration in Family Studies. This summer she attended the Chicago Center for Urban Life and Culture in Hyde Park. Through her classes she was able to experience the culture of Chicago, from the South Side to the North Side. Tamara also completed two part-time internships–one with me at Polished Pebbles, and the other with United African Organization.

Last week I brought to your attention the effect of the school to prison pipeline on  black youth. The twitter conversation that followed brought up an important fact–mentoring alone is not the solution. As commenters have mentioned, there are systemic and institutional oppressions that are working against black youth, especially in the education system. It is intimidating to imagine tackling these large systems. We just have to remember that we make up the system, the government, the society. Changes starts with us. I strongly believe that everyday individuals are more than capable of inciting change. It takes energy, heart, and faith; but, it is possible. So, although small things, such as mentoring, may seem insignificant in the grand scheme, it is doing something. It is raising us out of our apathy.

Diane Latiker is a prime example of how a concerned resident, with an open heart, began to show the youth in her community the best of themselves. Kids Off the Block is located in one of Chicago’s underserved neighborhoods, Roseland. Diane works with the young men and women of Roseland to build a positive, safe, and creative environment for personal development. Kids Off the Block provides positive alternatives to youth to help them avoid the juvenile justice system. Similar to Polished Pebbles, she helps black youth see themselves in a new light. One that counters the harmful stereotypes. This self-esteem boosting mentoring style is not limited to organizations. It is something that all adults are capable of. Perhaps then, these children will move into another pipeline, the pipeline to careers. All children should grow up believing they have strength, endurance, confidence, and capability. 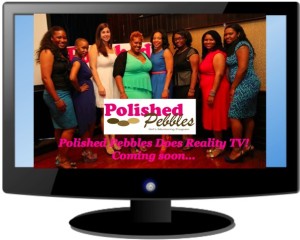 The video will be released soon, so stay tuned!