Recently, Kelly Fair and Polished Pebbles Girls Mentoring Program have been pushing college mentoring. This isn’t only because we are developing our College Edition mentoring program, it is important! The media is filled with mixed messages about African-American women, especially college students.

What is the college experience for black women? According to HuffPost: College, black students have, are, and will continue to experience discrimination and microaggressions on campus.

A student at Duke University hung a noose from a tree in Durham, North Carolina, campus on April 1. This came about a week after the university began investigating reports that a group of white men had harassed a black female. The men were reportedly singing the same racist chant…

According to one student, “Institutionalized racism has created spaces for Duke–and for colleges nationally…”.

Despite the negative and harmful experiences, black women are leading all groups in college enrollment! That is

something to celebrate! But, how can we expect to keep African American women in college if their experiences on campus are not supportive or downright violent?

Despite the high enrollment rates, our women are not seeing success in the work force. ThinkProgress writes about a study conducted by Black Women’s Roundtable, the women’s initiative of the National Coalition on Black Civic Participation. In their research, they found that although African American women are excelling in education and careers, they are not being equally compensated! While many people know the 77 cents to a dollar, few know that this is for white women when compared to white men. Black women make 64 cents to a dollar when compared to white men! 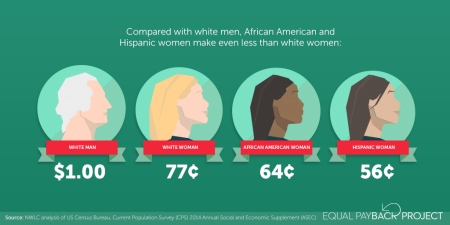 So, what is the African American women’s experience in college? Are they thriving or simply surviving? Is their community supportive in their future success? Next week we will be sharing insights from our interviews with current college students! Check back then!

One thought on “Thriving or Just Surviving?”