Our first feature will be on Mr. Shayne Evans. Mr. Evans is the CEO and Director of University of Chicago Charter Schools. “Through effective leadership, Evans works to strengthen the collaborations that exist among the four campuses and create new partnerships to leverage the expertise of teachers, leaders, counselors, social workers, tutors, and after-school providers.” This is apparent through his collaboration with Polished Pebbles. The Donoghue, NKO, and Woodlawn campuses host the Polished Pebbles mentoring program for their young ladies. END_OF_DOCUMENT_TOKEN_TO_BE_REPLACED

February marks Men’s Month! We want to take this time to recognize and celebrate the role responsible men play in our girl’s lives. Throughout history, there have been many black men that shaped our futures. Strong, black, men role models are essential to helping our girls build positive relationships with men. END_OF_DOCUMENT_TOKEN_TO_BE_REPLACED

Last week we shared with you Cynthia Boykin of What U Need Is… Today we want everyone to know about Cameka Smith of BOSS Network. Cameka Smith is the founder of BOSS Network, “Bringing Out Successful Sisters”. With a Master’s in Education, … END_OF_DOCUMENT_TOKEN_TO_BE_REPLACED

At KellyFairtheMentor.com, we had the opportunity to interview two beautiful, influential women–Cameka Smith of BOSS Network and Cynthia Boykin of What You Need Is… We are happy to share with you a combined presentation of their insights and inspirations for mentoring and strengthening community! END_OF_DOCUMENT_TOKEN_TO_BE_REPLACED

To each girl that goes through Polished Pebbles program, the experience is different. Although we have our mission of installing positive values, effective communication strategies, and confidence in our girls, they all take a different path. Each girl comes through our program with their own unique background and personality; making sure our work is never dull! Now, let’s hear from a Polished Pebbles alum, Pertesha, as she shares her own Polished Pebbles story… END_OF_DOCUMENT_TOKEN_TO_BE_REPLACED

Having these stereotypes continually presented to our youth affect their self-development. As Chimamanda says, “The problem with stereotypes is not that they are untrue, but that they are incomplete”. Without the full story we cannot properly mentor and support our youth. Without analyzing communities, schools, and society we cannot begin to understand the family or the youth. We must search for the full story. END_OF_DOCUMENT_TOKEN_TO_BE_REPLACED 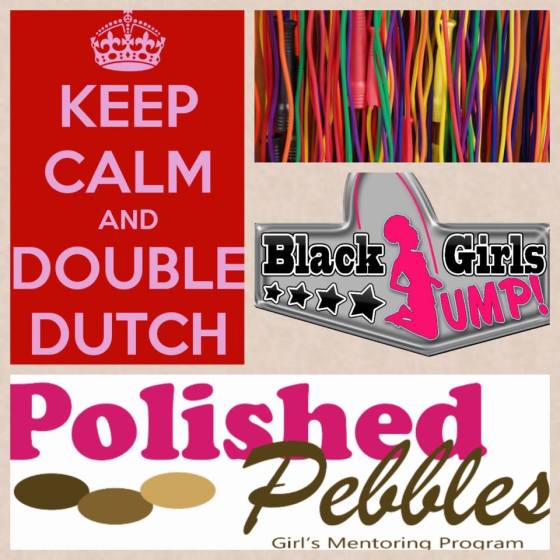 If you’re in the Chicagoland area, get ready to jump & celebrate 5 years of Polished Pebbles! As many of you may know Polished Pebbles, is the girls mentoring program that I founded five years ago, and continue to direct and operate and we are starting to celebrate our 5th anniversary, and will do so at our first Saturday session.  Polished Pebbles’ 1st Second Saturday’s Session of the year will be all about showing off your jump roping & double dutch skills!Learn new moves from your friends & the talented ladies of Black Girls Jump at our kick-off event of the year!

My mentoring responsibilities aren’t limited just to working with the school age -girls and female college students in Polished Pebbles.  I also find a tremendous about of satisfaction mentoring college/graduate interns as well.  I’m proud to share this blog post that was written by one of our summer interns Tamara Meyerhoff.  Tamara is a senior at St. Olaf College in Northfield, Minnesota. She is majoring in Social Work with a concentration in Family Studies. This summer she attended the Chicago Center for Urban Life and Culture in Hyde Park. Through her classes she was able to experience the culture of Chicago, from the South Side to the North Side. Tamara also completed two part-time internships–one with me at Polished Pebbles, and the other with United African Organization.

Last week I brought to your attention the effect of the school to prison pipeline on  black youth. The twitter conversation that followed brought up an important fact–mentoring alone is not the solution. As commenters have mentioned, there are systemic and institutional oppressions that are working against black youth, especially in the education system. It is intimidating to imagine tackling these large systems. We just have to remember that we make up the system, the government, the society. Changes starts with us. I strongly believe that everyday individuals are more than capable of inciting change. It takes energy, heart, and faith; but, it is possible. So, although small things, such as mentoring, may seem insignificant in the grand scheme, it is doing something. It is raising us out of our apathy.

Diane Latiker is a prime example of how a concerned resident, with an open heart, began to show the youth in her community the best of themselves. Kids Off the Block is located in one of Chicago’s underserved neighborhoods, Roseland. Diane works with the young men and women of Roseland to build a positive, safe, and creative environment for personal development. Kids Off the Block provides positive alternatives to youth to help them avoid the juvenile justice system. Similar to Polished Pebbles, she helps black youth see themselves in a new light. One that counters the harmful stereotypes. This self-esteem boosting mentoring style is not limited to organizations. It is something that all adults are capable of. Perhaps then, these children will move into another pipeline, the pipeline to careers. All children should grow up believing they have strength, endurance, confidence, and capability.

The video will be released soon, so stay tuned!

As we close out “Men’s Month” for my girls mentoring program, Polished Pebbles, in Chicago, we thought it be nice to share an article about President Barack Obama’s “My Brother’s  Keeper,” an initiative to expand opportunity for young men and boys of color, He announced the launched of the initiative last week in the East Room of the White House, Feb. 27, 2014. To read the article click HERE. 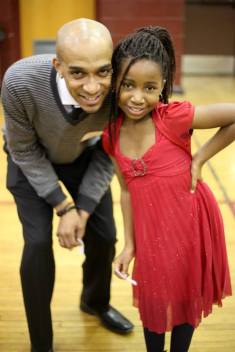 To view some pictures from our non-traditional Daddy Daughter Dance, with our mentoring community here in Chicago, click HERE.  Interested in organizing a similar initiative in your community?  Email me at kfair@polishedpebbles.com.

Now that it’s March, and Women’s History Month, we are holding a Career Panel here in Chicago this Saturday, March 8th at 10 a.m. at the Chicago Urban League.  Panelists will include Congresswoman Robin Kelly, Alderwoman Pat Dowell, Alderwoman Leslie Hairston, Judge Sharon Oden, VP/General Manager Bloomingdale’s Carolyn Edwards.  Email us at info@polishedpebbles.com if you’d like to join us. 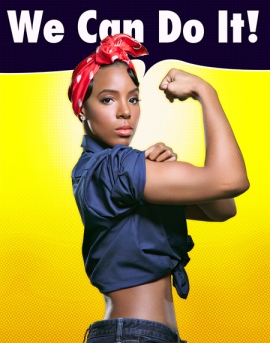