February marks Men’s Month! We want to take this time to recognize and celebrate the role responsible men play in our girl’s lives. Throughout history, there have been many black men that shaped our futures. Strong, black, men role models are essential to helping our girls build positive relationships with men.

Unfortunately, black fathers have been stereotyped as absent. Our family structure has constantly been called into question. Photographer Zun Lee eliminates these stereotypes in his touching photo series “Father Figure”. According to David Rosenberg’s article, “Lee said he is not only trying to shatter the stereotype of black men not being good fathers, but also the idea that black men are people to fear, something Lee said is obviously connected to racial profiling.”

Polished Pebble’s Men’s Month has similar goals. We want to encourage our girls, families, and black role models to celebrate the men in our lives! During this month, Kelly Fair the Mentor will be interviewing and sharing those interviews with you every Thursday. Don’t miss it!

A little peak at “Father Figure”…. 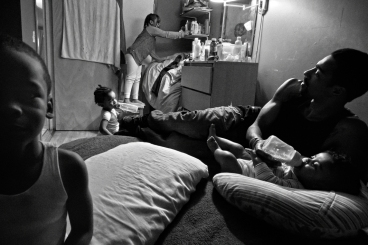 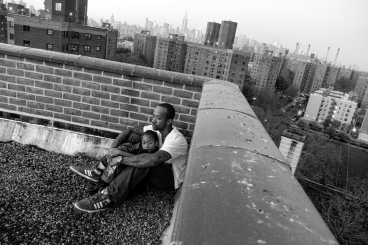