By now, most people have heard of the curious case of Rachel Dolezal. Her story has brought intrigue into issues 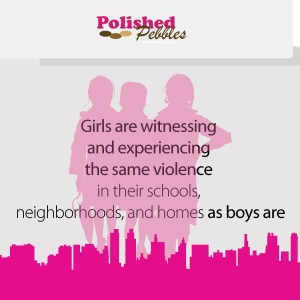 of race, gender, and systemic oppressions. While her story has shed light on modern day racism, it is important that we look beyond Dolezal, beyond this media frenzy.

Arnesha Bowers. A lesser known name. Mic article by Darnell Moore criticizes media and society for being sucked into the world Dolezal has created. While many of us were eagerly following her twitter updates and news stories, Arnesha Bowers became a tragic victim to violence. In his words:

He is bringing attention to the “other side of the crisis”, which Polished Pebbles has been fighting for! We have said it time and again, black girls and women are predominantly ignored by society and media–they struggle in silence with few resources to support them.

Again, Moore so wonderfully sums up the crisis:

“If we are familiar with Dolezal’s name and story — a story about a white woman who self-identifies as a black woman and purports to fight on behalf of black people — we must remain aware of the plights of black women and girls who are the victims of violence — girls like Bowers.”

Only together will she shine!

Engage in the conversation

KellyFairTheMentor serves as a thought space for a Chicago-based urban youth mentoring practitioner, Kelly Fair. Kelly and the Polished Pebbles Girls Mentoring Program team, volunteers, partners, and of course our girls and families will share their unique experiences and lessons that they've encountered since the program was founded in 2009. This blog serves as a platform to inspire the entire "mentoring community" including those who are considering becoming a mentor, as well as current practitioners seeking to enhance their work.

Helping young women bridge their success on Duke's campus & beyond

The Art and Craft of Blogging

The latest news on WordPress.com and the WordPress community.