Do you know the history of double dutch? The simple rope and sneaker sport actually has a few roots in hip-hop.

Wanting to find a sport that girls could excel in, two police officers rounded together double dutchers on the streets of Harlem to create a formalized sport. They implemented rules, points, and teams to coordinate competitions. Their goal was the Olympics.

And boy did the sport grow! It was a national tour that swept through schools and got children jumping on their feet. And then it took a different turn. The rhythm of double dutch matched the beats of the growing hip-hop culture. That is when double dutch teams started performing on the dance floors at hip-hop venues. They were the attraction before breakdancers took the floor. Can you imagine!?

However, once hip-hop became more popular in the mainstream, double dutch was no longer included in the image. It floated away.

But that doesn’t mean double dutch is gone! While we don’t see many girls jumping rope on sidewalks anymore, there are still women pushing the sport forward. In fact there are whole campaigns dedicated to getting girls to jump rope. Just last week in New York City the Double Dutch Summer Classic was held with over 50 teams from around the United States.

Want to have some fun this weekend? Grab a jump rope and your daughter or son and head outside! It will give you time to prepare for the next time Polished Pebbles brings Double Dutch to our Second Saturday event! 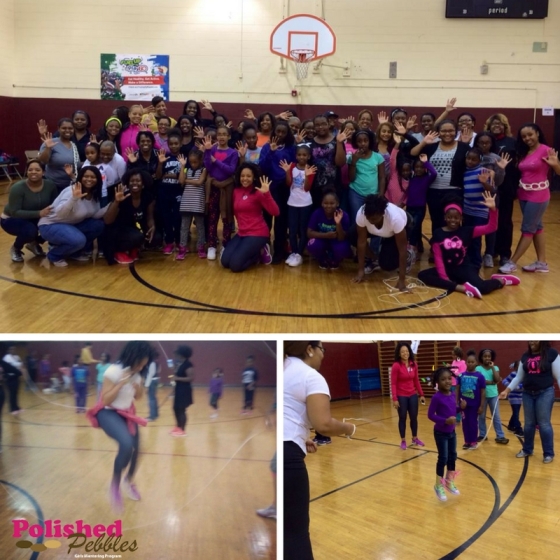