What do you think of yourself? Is your perception of who you are determined by what you see?

I was very excited to sit with Polished Pebbles Mentoring on November 14th, as they hosted a discussion on “Healthy Body Image”. It brought me back to my own childhood days, and it forced me to recall that we ALL have experienced a time where we questioned our worth…whether publicly or privately. I was teased as a child about the hue of my skin, and I remember the countless days of returning home, informing my Parents about how the kids talked about me and what they said. One thing is for certain; the Guest Speakers for the Healthy Body Image discussion certainly provided insight as to how they managed to deal with their body image issues.

Brandi advised: “…choose you, because there is no other you…”. Brandi dealt with the issue of children teasing her about her height, and instead of her allowing someone to make her feel out of place because of this, she embraced it and decided that she would take the route of building off of what others considered to be “different”. She started a special series called “Tall Tales”, and was even given 30 pairs of shoes from Oprah Winfrey herself!

Rocki taught us: “…you’re not going to be accepted 100%–so what…”. Rocki dealt with personal weight issues, and was (at one point) convinced that she would be at a certain weight for the rest of her life. Once she began to work out, change her eating habits, and started to see her results, she was then sought out to teach her own fitness classes, and even has a wait list for people wanting to attend her sessions!

Ashanti gave us a quote that has helped to sustain her: “my Father always said that if you pray for anything, pray for happiness”. Ashanti dealt with body issues, and wanting certain areas of her body to look differently. After leaving California for “The Windy City”, Ashanti had a continued vision to seek her happiness, and is now the owner of 360 Mind Body Soul, the “Physique Factory” which is a one of a kind fitness studio, returning You To You!

A Healthy Body Image truly begins in your own mind, and not in another’s perception of you. With social media, reality television, and the internet sensations running rampant with plastic surgery and the like, our girls need to be reminded that who they are is “enough”!

“Healthy” Body Image simply means that there is a positive view of “you”, flaws and all! 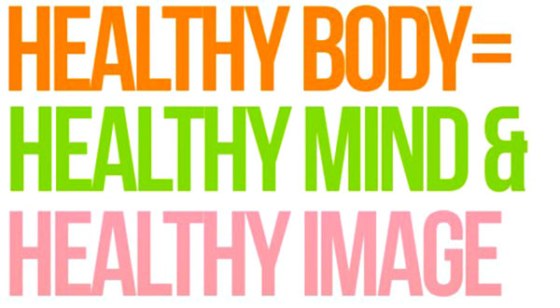