The trend continues for black girls. In similar blog posts (below) we informed you that black girls are less likely to see themselves as smart and are unfairly disciplined due to stereotypes about their behavior and personality. A study by Gerogetown Law’s Center on Poverty and Inequality titled “Girlhood Interrupted: The Erasure of Black Girls’ Childhood,” found that black girls are viewed as less innocent than white girls.

The study talks about a historical trend of “adultification” of black girls and boys. Black girls are seen as more mature and responsible for their behavior. While this may seem like a positive trait, it actually has negative consequences for children. The study suggests that a reason for this is that society is placing stereotypes surrounding black women on young, black girls. Thus, their child-like behavior is being interpreted as “loud”, “aggressive”, “dominating”, and “sexual”. 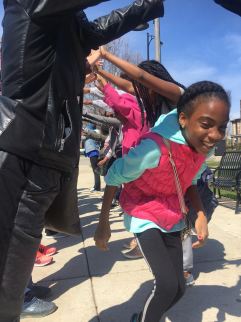 They also believe there could be possible links between the adultification of black girls and discipline. While their study did not provide a positive link between the two, we do know from other studies that black girls are unfairly disciplined compared to white girls. This happens not only in school, but also the legal system.

Our young, black girls deserve to have a childhood of innocence and naïveté. It is unfair for adults to place mature qualities and expectations on them when it is not always required.

2 thoughts on “Not Allowed to be Children: Case of the Black Girl”